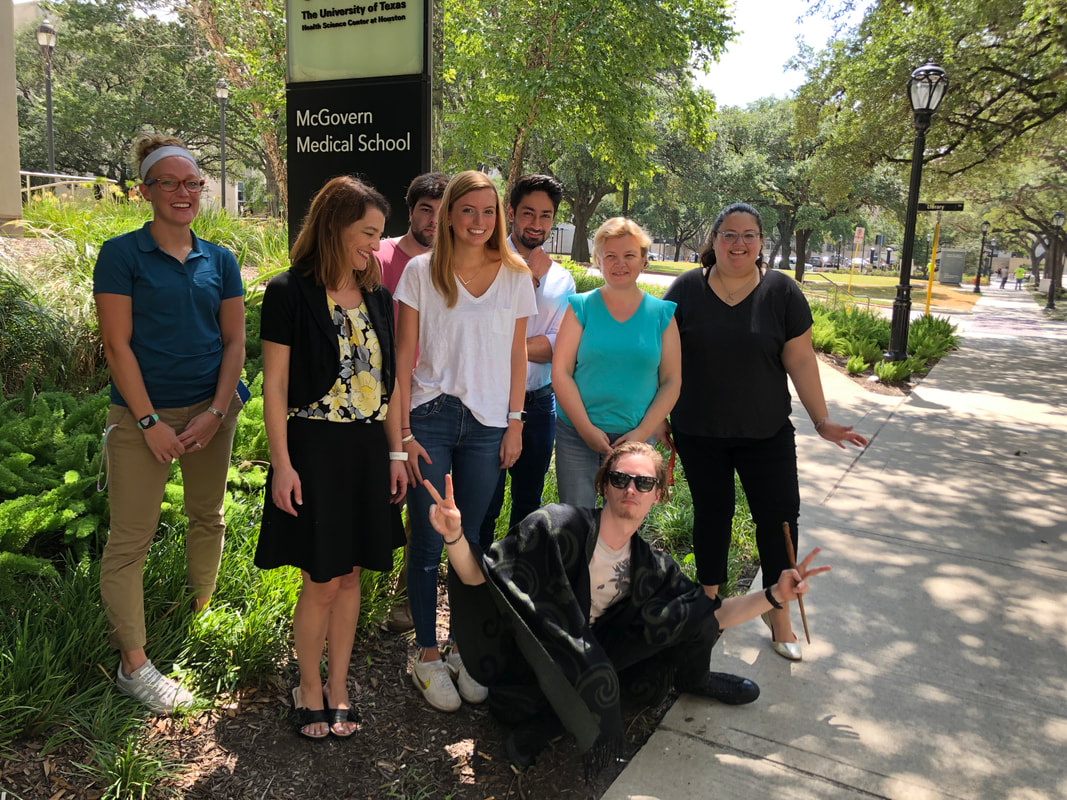 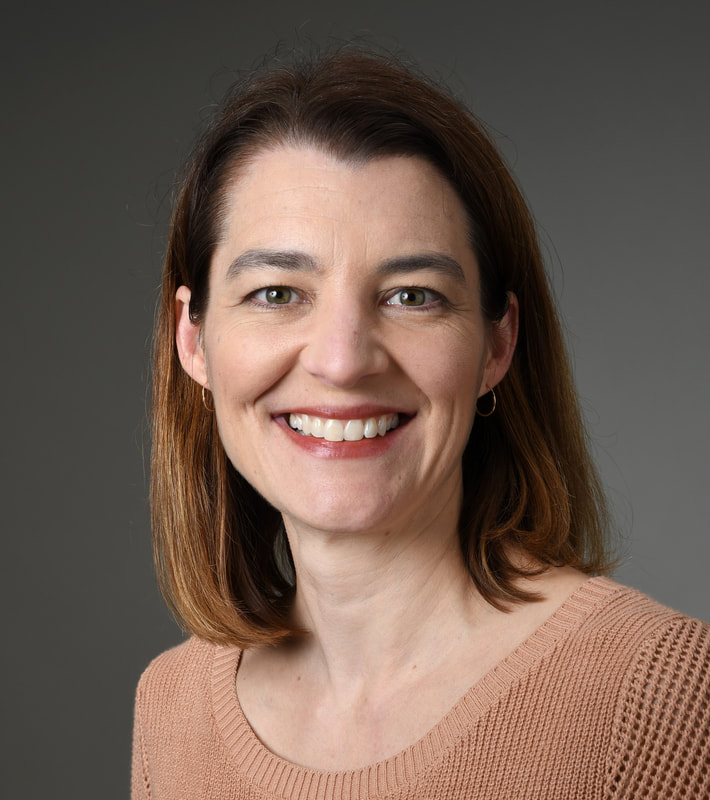 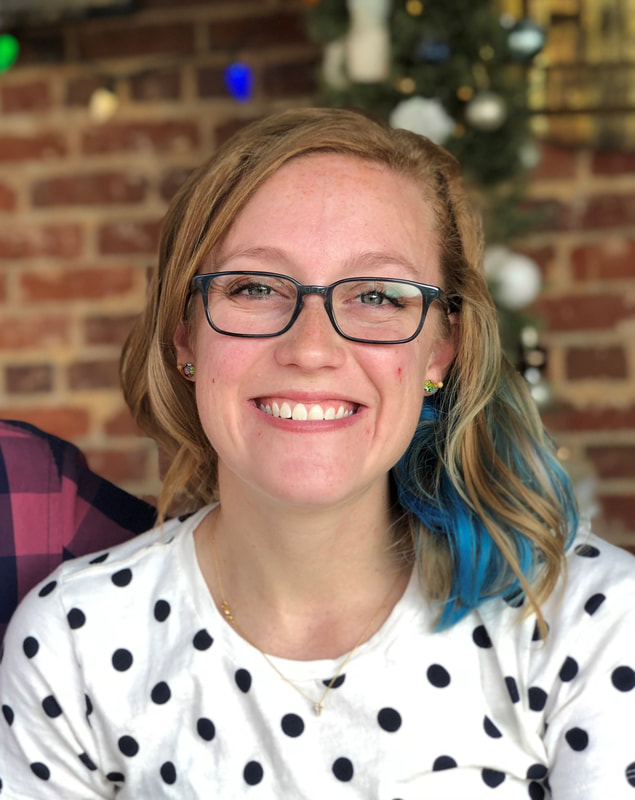 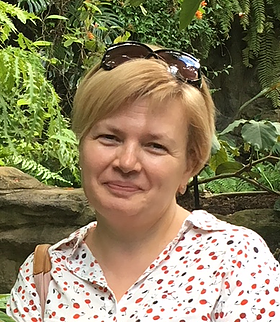 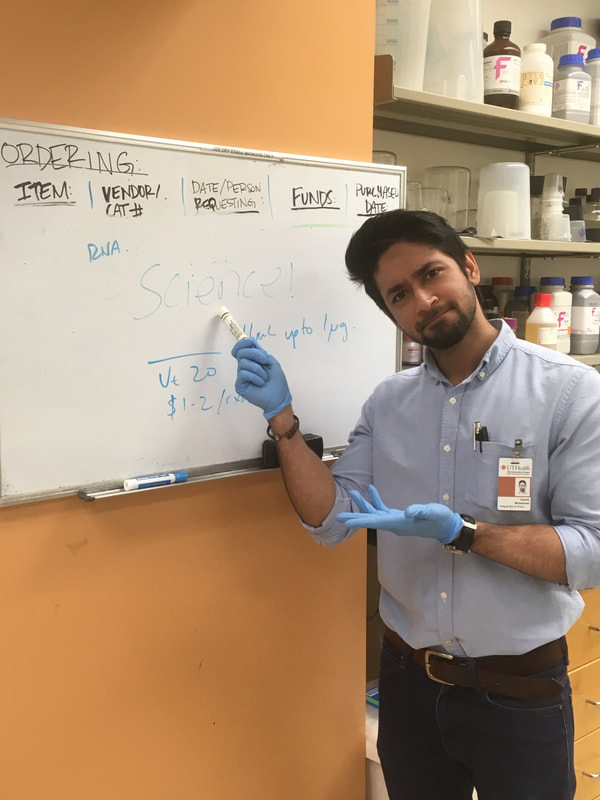 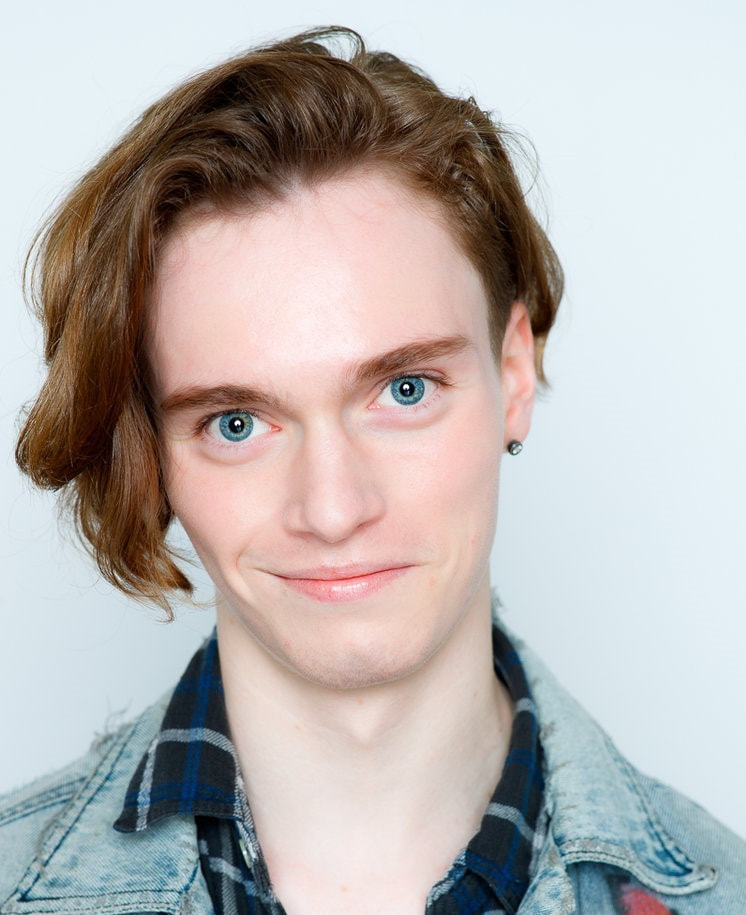 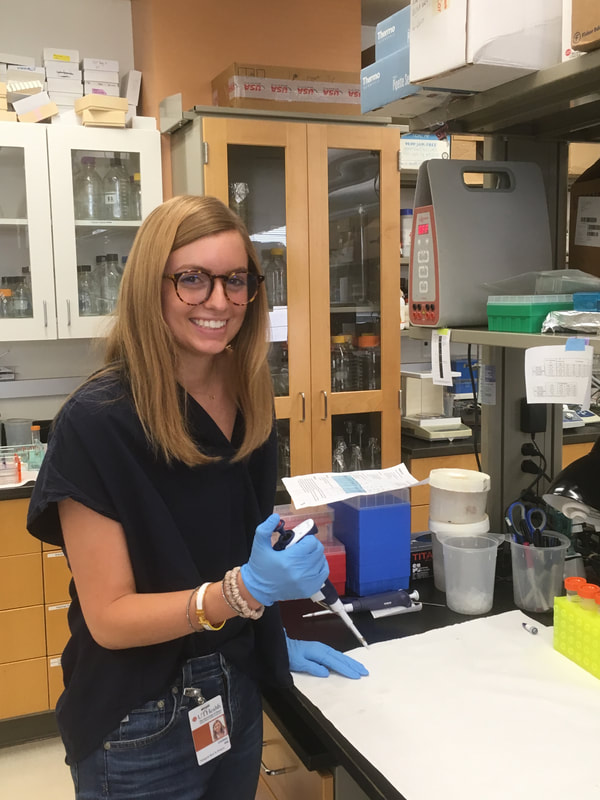 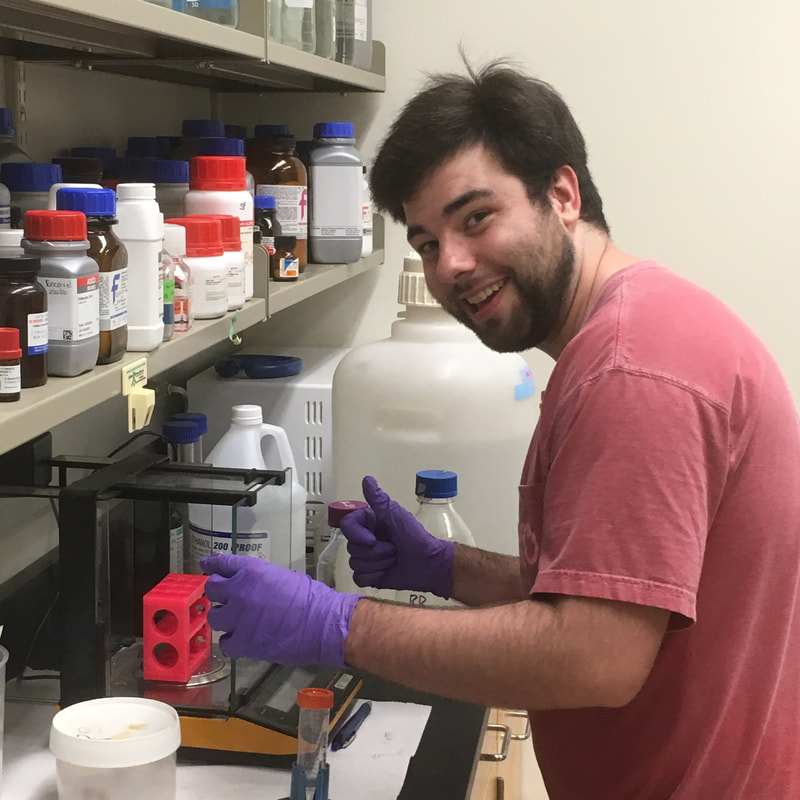 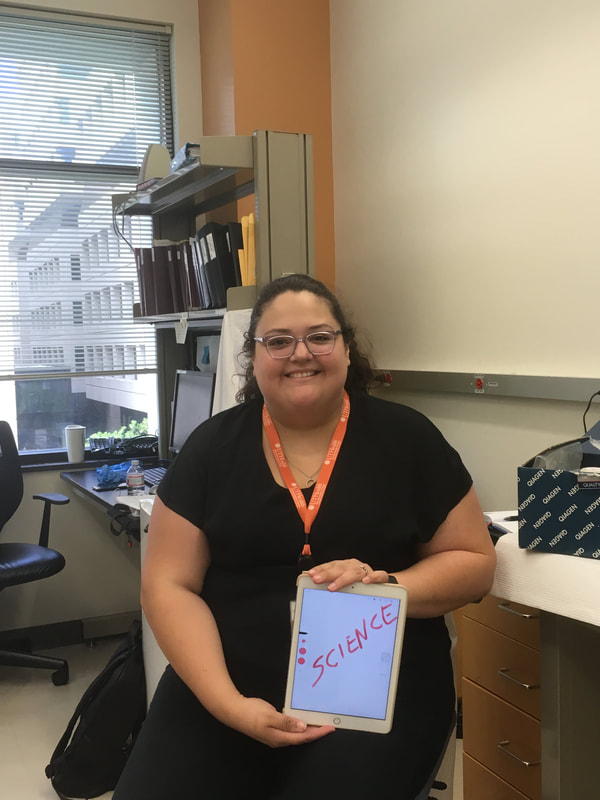 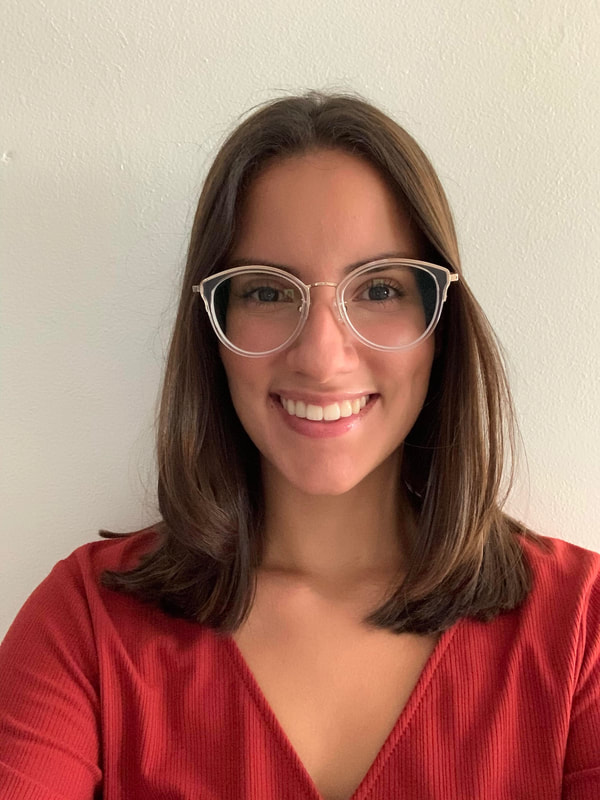 Daisy Díaz-Rohena
Lab Bios:
Rebecca Berdeaux (Principal Investigator): A native of Illinois, Rebecca completed a BS in the Biology Honors program at University of Illinois, Champaign-Urbana in 1997. She then pursued her love of cell biology and signal transduction through doctorate work in Molecular and Cell Biology at the University of California, Berkeley. Under the supervision of Professor G. Steven Martin, Rebecca studied the contribution of small GTPases RhoA and Ras to oncogenic transformation, actin remodeling and extracellular matrix degradation caused by the v-Src oncoprotein. After earning her Ph.D. in 2003, Rebecca’s research direction shifted to the study of cAMP-regulated signaling and transcription in metabolic organs with Dr. Marc Montminy at the Salk Institute for Biological Studies in La Jolla, CA. Here, Rebecca created the first transgenic mouse line expressing an inhibitor of the CREB transcription factor in skeletal muscle and showed that the CREB target gene SIK1 (salt inducible kinase 1, an AMPK-related kinase) has a protective effect on skeletal muscle cells. Rebecca and her colleagues at Salk demonstrated that SIK1 directly phosphorylates and inhibits class II histone deacetylases. In 2008, Rebecca moved to UTHealth to start an independent research lab as Assistant Professor of Integrative Biology and Pharmacology, where she and her team have used genetic mouse models to rigorously pursue an in-depth understanding of CREB and SIK1 regulation and function in skeletal muscle cells. The Berdeaux team created the first Sik1-floxed mouse as well as mice for tissue-specific expression of a tool GPCR (called Gs-DREADD) that allows activation of the cAMP pathway in specific cell types in vivo using inert ligands and non-invasive in vivo monitoring of CREB activation using firefly luciferase. The lab’s primary current research interest is in how the cAMP pathway and SIK1 regulate skeletal muscle glucose metabolism and stem cell-mediated regeneration, and the lab has been fortunate to receive generous federal and foundation grants to support these projects since 2011. Dr. Berdeaux was promoted to the rank of Associate Professor with tenure in 2015. Rebecca has been an active participant in the MD Anderson-UTHealth Graduate School of Biomedical Sciences and is currently the Director of the Graduate Program in Biochemistry and Cell Biology.  She served as Vice-Chair of the 2018 Gordon Research Conference on Phosphorylation and G Protein-Mediated Signaling, which she will lead as Chair in 2020. Rebecca is also on national grant review panels, serving as a reviewer for the NIH and American Diabetes Association.  Dr. Berdeaux is also an active lecturer in the McGovern Medical School first and second year curriculum, teaching skeletal muscle physiology, integrative physiology of type 2 diabetes and pharmacology of type 2 diabetes drugs. She has earned honors as a Dean’s Teaching Award recipient for several years, the recipient of the inaugural Norman Weisbrodt Award for Teaching in Physiology, and the Faculty Recognition Award for the Cell and Regulatory Biology Graduate Program.

​​
Laura Bobart (Postdoctoral Fellow): Laura was born and raised in Bloomington, Indiana. She attended Purdue University for her undergraduate education and received a Bachelors in Biological Sciences and Chemistry in 2010. During this time, Laura cultivated an appreciation and passion for scientific research while participating in an extracurricular research program in the Human Motor Behavior Laboratory with Dr. Howie Zelaznik. Following the completion of her undergraduate studies, Laura moved to Baton Rouge, Louisiana to study in the Laboratory of Exercise Biochemistry under the guidance of Dr. Laura Stewart at Louisiana State University. Laura studied the role of vitamin D and exercise in mitigating the systemic inflammatory response associated with obesity in college aged females. She completed her Masters in 2012 and PhD in 2014, both in the fields of Exercise Physiology and Sport Nutrition. Prior to joining Dr. Berdeaux’s laboratory, Laura gained significant postdoctoral experience at Pennington Biomedical Research Center in the Laboratory of Nutrient Sensing and Adipocyte Signaling, under the tutelage of Dr. Tom Gettys. Laura’s work focused on several different projects, including the role of dietary methionine restriction on the increase in the hepatic hormone fibroblast growth factor-21 (FGF21) and how methionine restriction temporally controls the expression of this hormone. She also carried out a number of projects determining the tissue-specific actions of FGF21 during the dietary intervention of methionine restriction, and how the tissue specificity of FGF21 impacts metabolism. Laura was also involved in a number of studies investigating the optimal degree of restriction of the amino acids methionine and cysteine in the diet that would elicit the highest overall positive metabolic phenotype. Laura joined Dr. Berdeaux’s lab in August 2019 and is excited to begin investigating the role of skeletal muscle SIK1 expression and its effects on metabolism.
Elena Dyukova ​(Research Assistant III): ​Elena  obtained her M.D. in Biochemistry/Molecular Biology with qualification of physician-biochemist, from the Siberian State Medical University, Tomsk, Russia, in 1996, followed by her Ph.D. in biochemistry from the Institute of Biochemistry, Russian Academy of Medical Sciences, Novosibirsk, Russia, in 2004. Elena joined Dr. Rebecca Berdeaux’s laboratory in March 2019 because of her experience in the field of metabolic disorders in animal models. Her work focus on Role SIK1 in control of metabolic rate.


​
Mohammad Gareeb (Research Assistant II): Mohammad is an M.D. from Karachi, Pakistan. He obtained his Bachelor of Medicine, Bachelor of Surgery degree in 2015 and since then has been working towards securing a competitive residency all the while keeping his passion for research alive. For the past year he worked in a Cardiology division lab, where he trained and was part of some ground breaking research such as the use of drug loaded echogenic liposomes to better and more efficiently target atherosclerotic plaque. And now he is part of the Berdeaux lab stem cell team where he wishes to further his knowledge and experience in the field of research.
As you can see he is much better at writing bios than Chase.

​
Daniel Hancock (Research Assistant I): Daniel is currently a student at NYU: Tisch School of the Arts going into his final year. He has graduated from the Atlantic Acting School and is moving to Stonestreet Film & TV studios to continue pursuing a BFA in acting. Daniel rejoined the Berdeaux as a Research Assistant in June 2019 and has learned alot! For Example: Did you know that CREB is a site specific transcription factor that is regulated by hormones? What a crazy world we live in...

​
Lindsey Hill (Research Assistant I): Lindsey Hill, a Houston native, is currently a student at Washington and Lee University pursuing a B.S. in Psychology with a Pre-Med focus. She joined the Bordeaux Lab as a research technician in May of 2019 to study the growth patterns of SIK1 knockout mice

​
​Chase Hutchins (Research Coordinator): Chase grew up in the Houston area. Chase attended Baylor University in Waco Texas and received a bachelor’s degree in biochemistry. Chase’s favorite color is purple, and his spirit animal is the polar bear. He is also bad at writing bios.

​
Mariane Martinez (Postdoctoral Research Fellow): Mariane was born and raised in Houston, TX after her parents immigrated here from Mexico. She was a first-generation student at Texas A&M University where she earned her Bachelor of Science degree in Biology in 2012. She continued her education in science at Rice University, where she earned her Ph.D. in the Biochemistry and Cell Biology Program in 2019. Her Ph.D. project focused on customizing 3D biomimetic hyaluronan-based tissue engineering matrices with extracellular matrix-derived peptides for the growth of multiple cell types (epithelial [healthy or cancerous] and mesenchymal). One of her major focuses was engineering an autologous salivary gland using human-derived stem/progenitor cells and migration-permissive matrices. Mariane has recently joined the Berdeaux lab as a postdoctoral fellow and will be studying cAMP signaling in muscle satellite cells relevant to muscle regeneration."

​
Daisy Díaz-Rohena (Research Assistant): Daisy is originally from Puerto Rico and completed her bachelor’s in Chemistry at the University of Puerto Rico – Río Piedras campus, where she performed chemical modification of organometallic compounds for bioactivity enhancement. She joined the Berdeaux lab for her first rotation (Fall 2020) as a doctoral student at the University of Texas MD Anderson Cancer Center UTHealth Graduate School of Biomedical Sciences. Interested in the discovery of druggable targets and supporting clinical advancement through research, she contributed to our muscle stem cell project aiming at understanding cues that activate muscle regeneration after injury.  During her rotation, she performed immunofluorescent staining and histology on muscle tissues, and completed animal training for rodents.  She learned about muscle biology, innovative chemical-genetic mouse models, PCR primer design and cell culture. Whether in designing her presentations, thinking critically about research or through art, she always expresses her creativity! 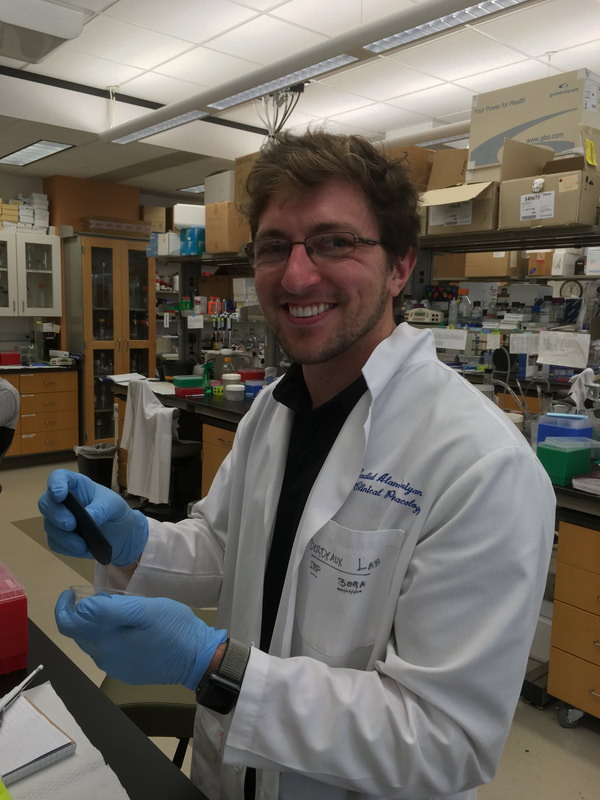 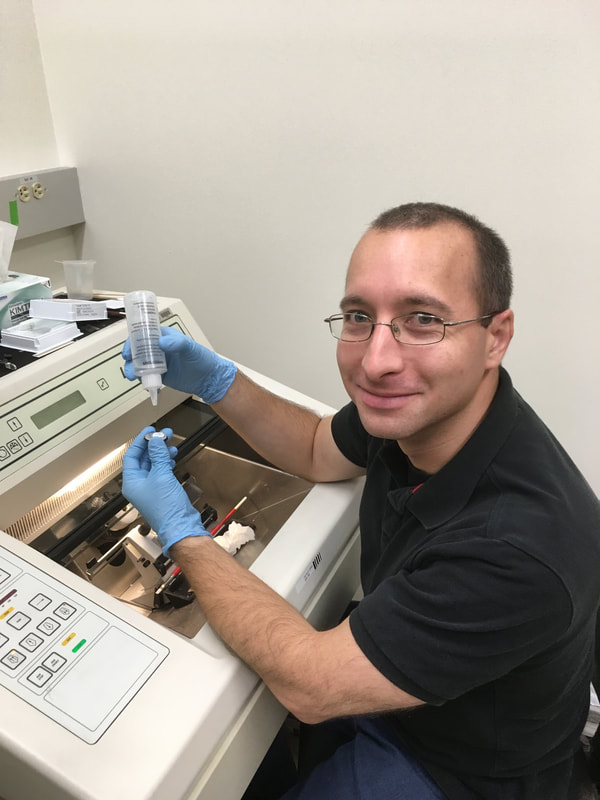 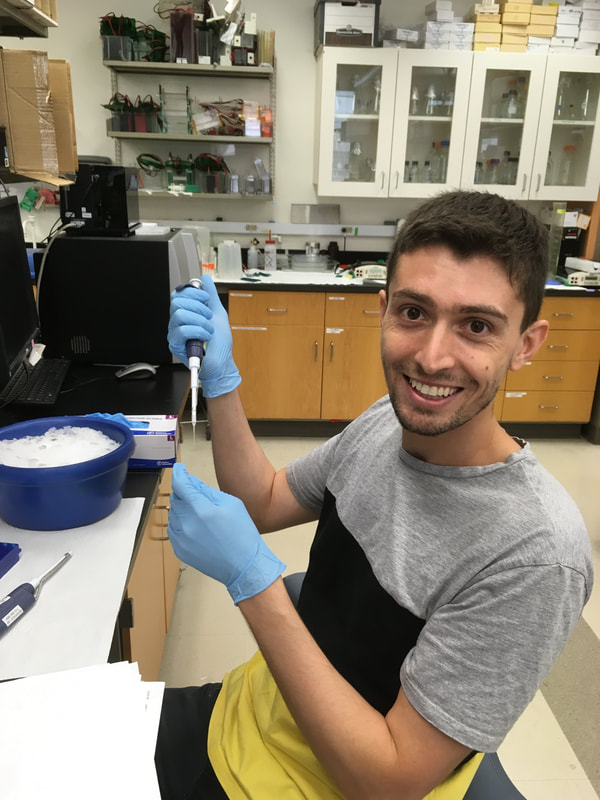 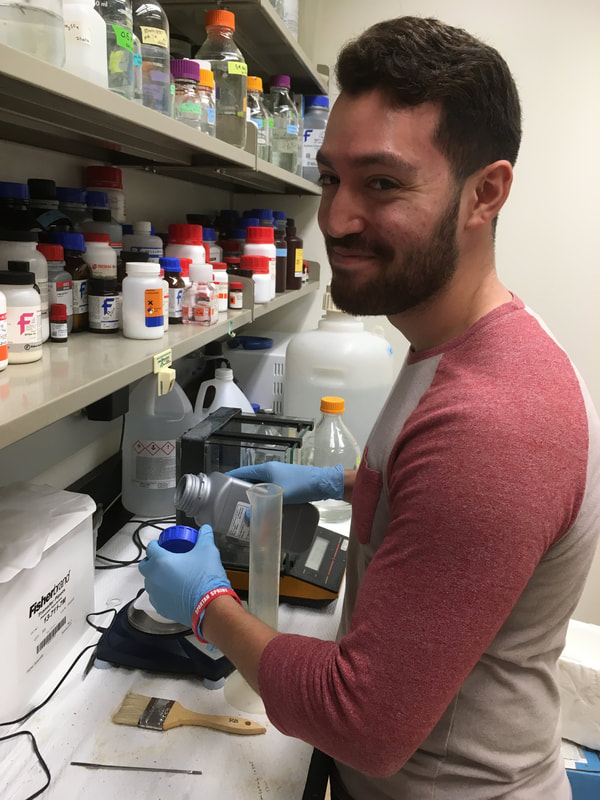 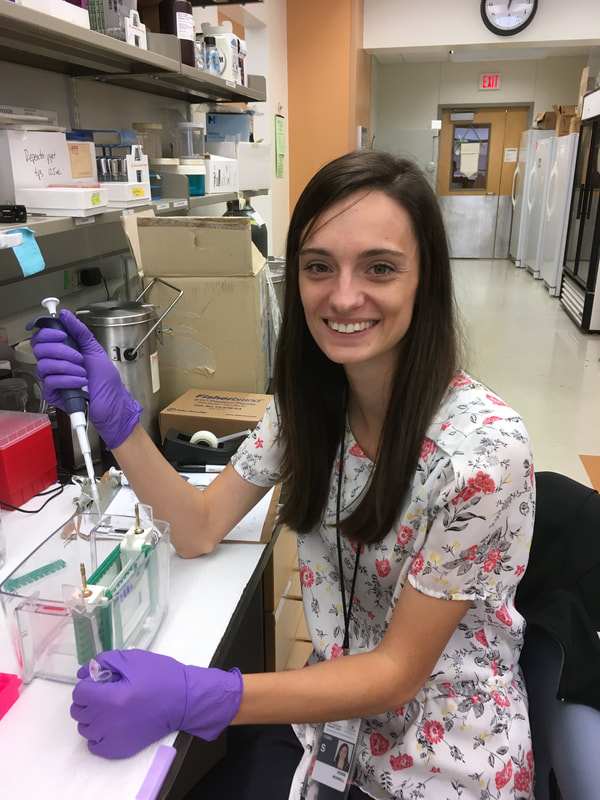 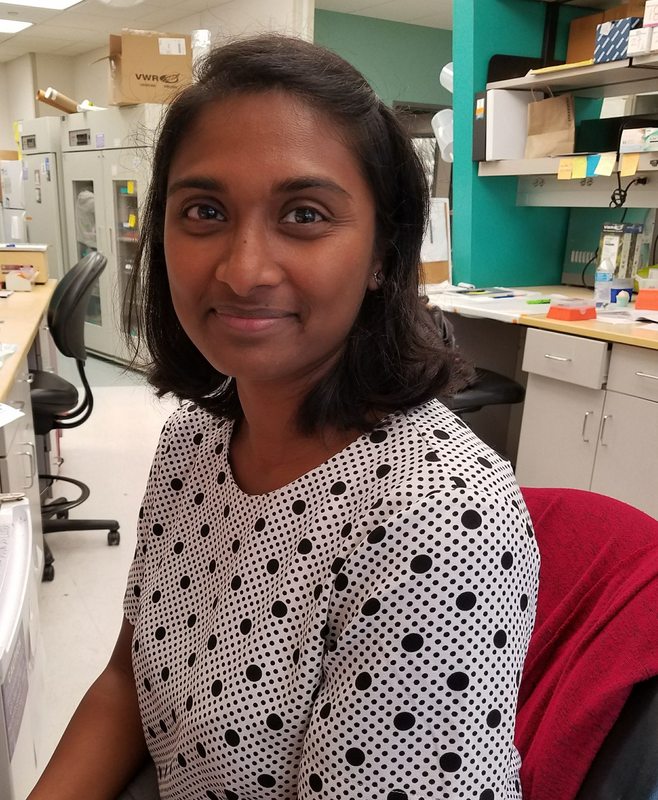 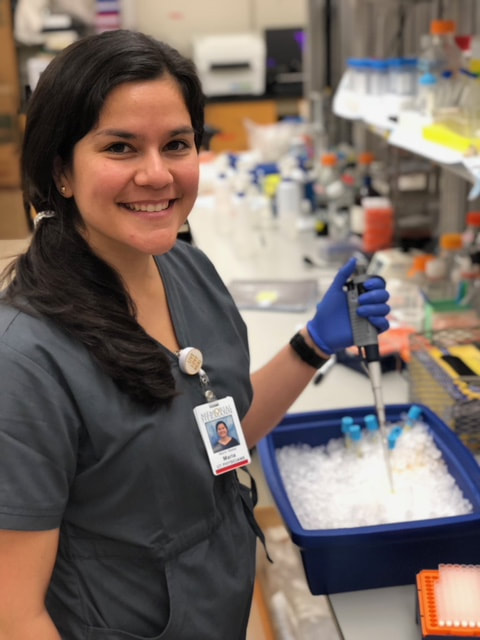 Maria Stetter
Dmitry Akhmedov (Research Scientist): Dmitry was born in St. Petersburg, Russia, and spent his childhood in Russia and Ukraine. Dmitry obtained Bachelor's (2004) and Master's degrees (2006) from St. Petersburg State University, Russia. He studied at the Department of Genetics and Biotechnology and his thesis projects were focused on prion proteins in yeast Saccharomyces cerevisiae.
During his PhD studies, he joined the laboratory of world-renowned leader in type 2 diabetes research Prof. Claes Wollheim at the University of Geneva, Switzerland. Dmitry explored key aspects of mitochondrial regulation in the beta-cell: pH in the mitochondria, calcium signaling and control of glucose metabolism and insulin secretion by the mitochondrial enzyme pyruvate dehydrogenase. He obtained his PhD degree in 2011. For postdoctoral training Dmitry joined Dr. Rebecca Berdeaux’s laboratory. Initial work focused on mechanisms regulating SIK1 stability. Later he focused on developing knock-in mice for tissue-specific activation of GaS-signaling and in vivo imaging of CREB activity. Dmitry contributed to several studies aimed at delineating molecular pathways controlling skeletal muscle regeneration, glucose metabolism and insulin signaling. As a research scientist he continues some of these projects as well as work on cAMP signaling in skeletal muscle satellite cells using Gs-DREADD mice.


​
Alexander Ambrocik (Research Assistant 2): Alex is a research assistant in the Dr. Berdeaux Lab.  He obtained a BS in Biochemistry and a BS in Biology from Baylor University in 2013.  Post-graduation, Alex worked in an Emergency Room in the Willowbrook area (NW Houston) before joining the Berdeaux lab in May 2018.  Alex is working towards applying for medical school.

​
Mahmoud Farhan (Research Assistant): Mahmoud graduated from the University of Massachusetts Boston in 2017 with a bachelor of science degree in biology. Mahmoud is planning on applying to PhD programs in biomedical science. Mahmoud joined Dr. Berdeaux lab in July 2018.

​
Jessie Morril (Graduate Student) : Jessie is a doctoral student in the Graduate School of Biomedical Sciences at MD Anderson Cancer Center and UTHealth. She completed a tutorial rotation in the Berdeaux lab, where she expanded her skill set related to skeletal muscle metabolism. During her rotation in the Berdeaux lab, Jessie learned the basics of cell culture, immunoblotting, and cell fixing and immunofluorescent staining techniques. She also completed microscopy training at the Center for Advanced Microscopy using the Nikon A-1 Confocal Microscope.Jessie received a B.S. and M.S. in Animal Science from Texas A&M University where she studied nutritional impacts on diet utilization, skeletal muscle attributes, and lipid metabolism in beef cattle.